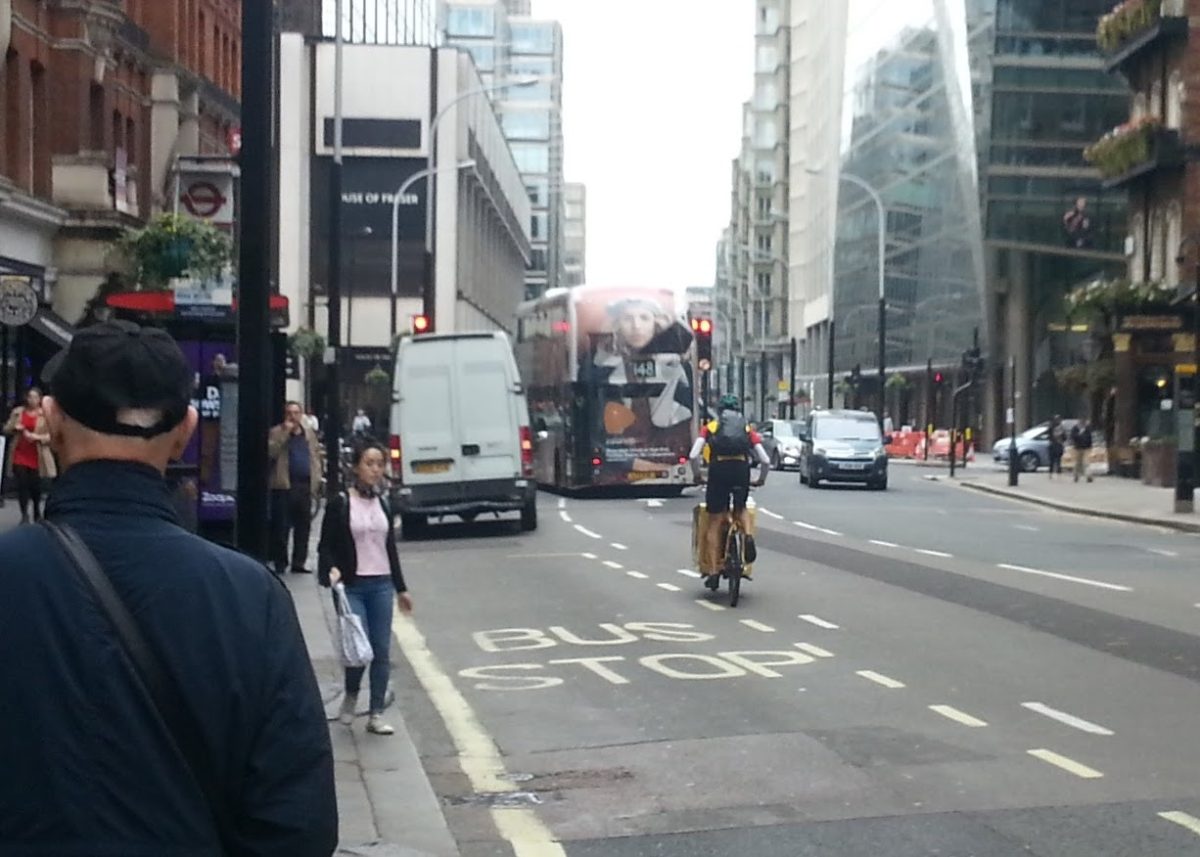 So started a five minute walk, five minutes sat together on a Tube train, three handshakes, not missing my train home, and a little window into someone else’s life.

All of which I only got because the battery on my ‘smart’ phone had gone flat (too much Twitter). So I couldn’t walk along zombie-like, head down, staring at the blue line on Google Maps. Instead I was now failing to follow my nose back to the Tube station that I thought I knew how to find.

It started well, the sun was shining, the streets looked familiar even in reverse. I was confident it would work. But then I’d got lost.

I couldn’t see any of those handy map pillars which seem to be everywhere until you actually need one. I looked up and down the street – the trail had run dry. There were only a few people around. An older man was walking towards me slightly unevenly, as some older people do.

Should I ask this man? Would he mind? Would he be able to help me? Should I keep walking and hope I see a map, or some building that I recognise?

He’d almost passed me, so I dived.

As we walked, he told me:

He asked, if lived in London too? Where was I going today, what had I been here for?

Pimlico. We were there.

I went through the ticket barrier first. He went to beep his Oyster card and it didn’t go. He tried again. I was on the verge of walking on as he called a TfL person over. He tried a third time, and it beeped.

We stood behind each other on the escalator down to the Tube platform. I told him my name was Sam and he laughed as he said Mohammed. We shook hands for the first time. Fascinated as I was I didn’t want to be weird, so as we got onto the Tube I stood slightly away. But as he sat down he slightly opened his palm towards the seat next to him.

When he stood to get off we shook hands again, though it turned out he was a few seconds too early. We shook once again as he really left.

He wished me all the best, and it seemed he meant it. I said you, too. I did, too.

But I was left sitting on a Tube between Oxford Circus and Warren Street, smiling inside and out.

How smart are our phones, really? What could happen next time you run out of battery?

Do you need to wait until then?

* The photo doesn’t show this actual scene… not least because I didn’t have my phone working. It’s just a recent snap I had of London, which happens to show a DHL delivery cargo bike in the wild.