We don’t know yet, but we’ll let you know.

I’ve heard that the most convenient or comfortable (or maybe just the only) way to travel across the country – with children especially – is by car. 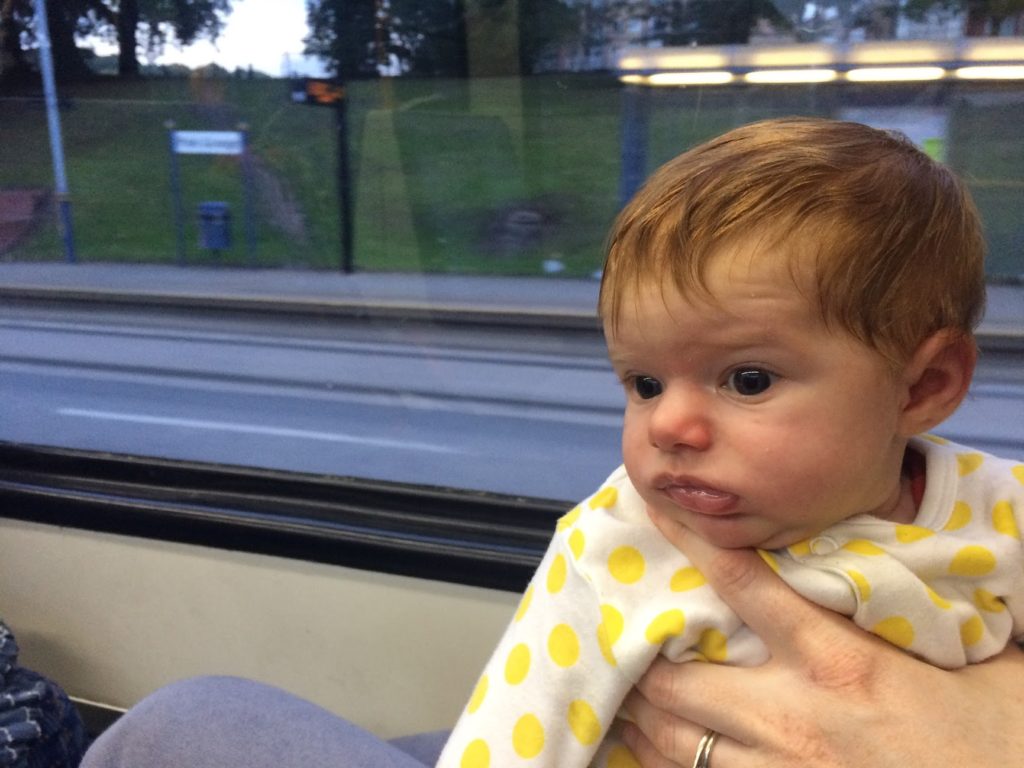 Of course, I’m not claiming that a car isn’t convenient in some ways, or that there aren’t journeys which are made plausible or even simply possible with a car. (You’d think something so obvious wouldn’t need saying, but too many conversations I’ve had about any suggestion of even considering alternatives have had people assuming I’m staking out an absolute position. Sadly there’s little else which makes us more defensive than questioning our car use.)

So, it’s okay: cars are great for some things.

Here are few thoughts on trains

You have some obvious limitations on a train: you can only bring as much as the bags you can carry, you need to plan your trip to fit the train times available, and depending on the ticket you may need to stick to your plans. If you buy the much cheaper advance tickets, don’t miss them! (Somehow I’ve managed to never do this, despite being an inveterate fine-cutter.)

(Strangely, many people are happy enough with these limitations and more when flying…)

But there are advantages too, and some of them are because and not in spite of the limitations.

Enough philosophising. What are the numbers?

The train to Inverness takes 7 hours 17 minutes, with one change. Driving, despite being door-to-door, once you include breaks and traffic, probably wouldn’t be much quicker. But would probably be more stressful and involve more baby screaming.

Our tickets cost £65.30 (booked in October), similar to the cost of fuel to drive that far, but maybe about half the cost of driving the trip when you include the other costs of owning and wearing down the car.

The CO2 emissions of the trip for us (counting as two people since Pip doesn’t need a seat) would be:

Coaches are really efficient, mostly because they go slowly compared to a train. They’re also super-cheap (on Megabus anyway) but we’ve done that enough times to know that you only do it if you really need the savings. And yes, some people do it with babies. The car figures include the emissions for building them, so the larger car is does than just use more fuel.

(These figures are based on the excellent How Bad are Bananas? by Mike Berners-Lee, and are rough estimates, as all carbon footprints are.) 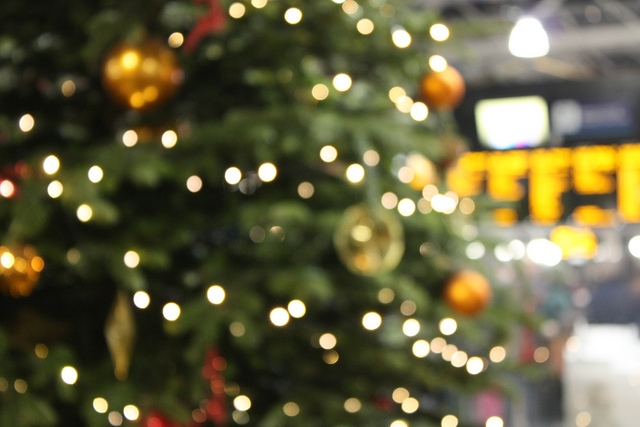 We have some battery Christmas lights too, to festive-up our seats a bit.

There’s not much that Pip likes more than some twinkly lights.

Update: it was long but okay

We met a woman with another little girl across the aisle from us. An older lady in the seats in front chatted before she got off, saying she was expecting her first grandchild soon.

Someone noted that “there’s nothing wrong with the little one’s lungs, is there?” Yup, fully working there!

I indulged my habit of casting sideways looks at people’s screens in public, to learn better how people use them. A white-haired lady read a lot of the Guardian on her iPad in an app. She had the iOS text size cranked up, and also scrolled most of a page at a time and left it alone while reading, rather than sliding it almost continuously the way many people do.

Our Christmas lights didn’t get commented on much, but a pleasant man said he liked them as he passed. He walked with two sticks and used a wheelchair which the train staff used a ramp to help him on and off with. I don’t know him, but he may be one of many people physically unable to drive, for all sorts of reasons. For some people, whatever the limitations of public transport may be, there isn’t any other choice available. And it is freedom and independence.

I spent quite a while in the “vestibule end” (it’s weird they call it that, but I can’t say I don’t like it) doing squats to try to pacify Pip. She didnt have the sleepiest of days, so I was glad to be able to get up and stand with her in the aisle or the end of the carriage whenever I needed to.

Her Grandad met us at the end with a car seat they’d borrowed and we got a taxi home. She. Does. Not. Like. Being. In. A. Car. Seat.

I can’t imagine trying to do that for 7 hours.

So. It was hardly easy.  It felt like time was stretching out when it was dark and having been going close to for ever we were still only at Perth, with hours left to go. But we saw some people, saw some of the countryside, and got there fine. It could have been far worse: we could have been driving.