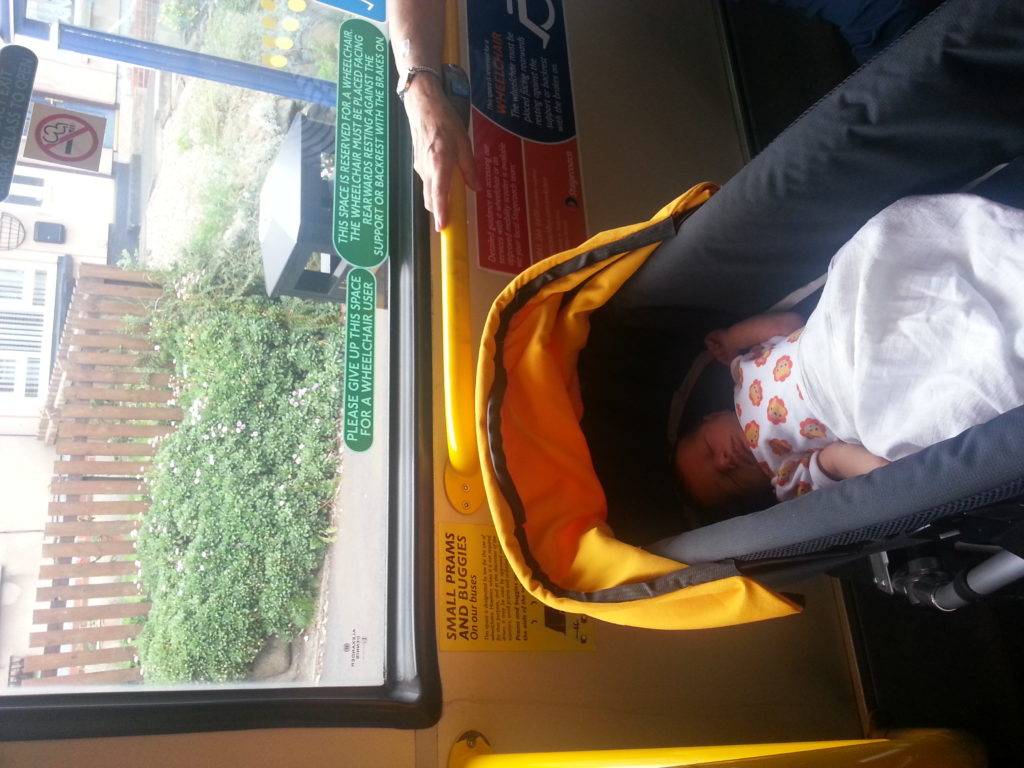 (Daddy will learn in future not to park that way around on a moving bus and need Mummy and a nice lady to catch your pram before you fall out.)

[Sorry if the photo shows sideways. It’s a tricksy bug which I’m looking for a fix to.]

First trip to the allotment 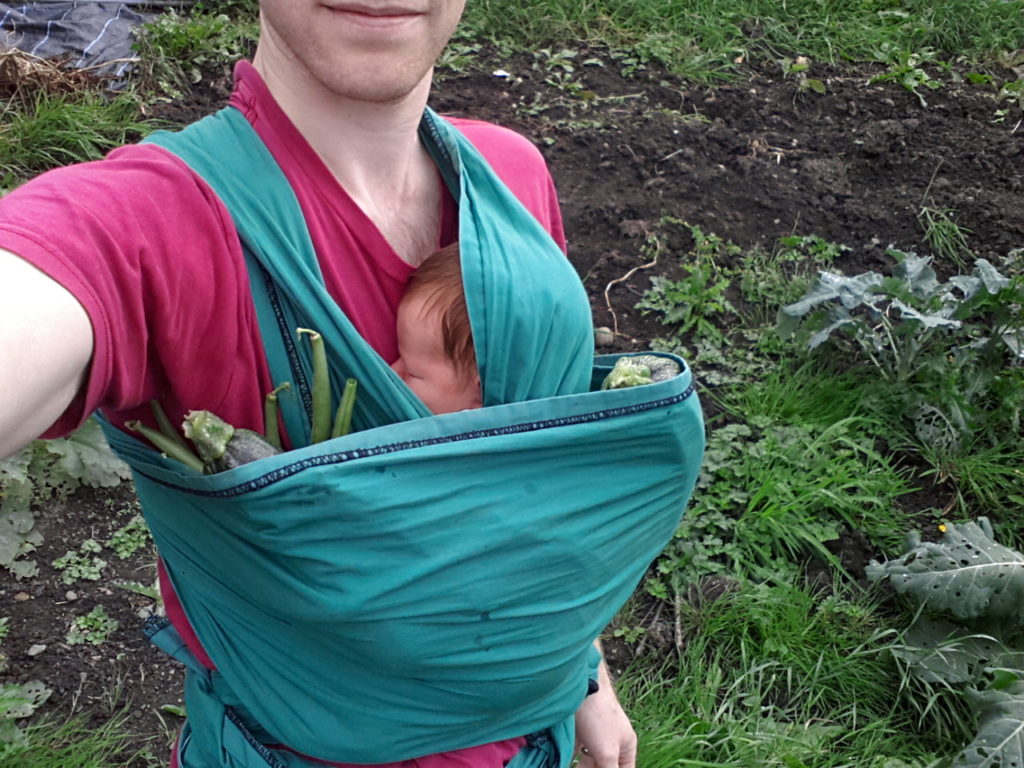 (Yeah, that’s not a very well-tied sling – should be snugger – but that was a first too, and the marrow didn’t help matters.) 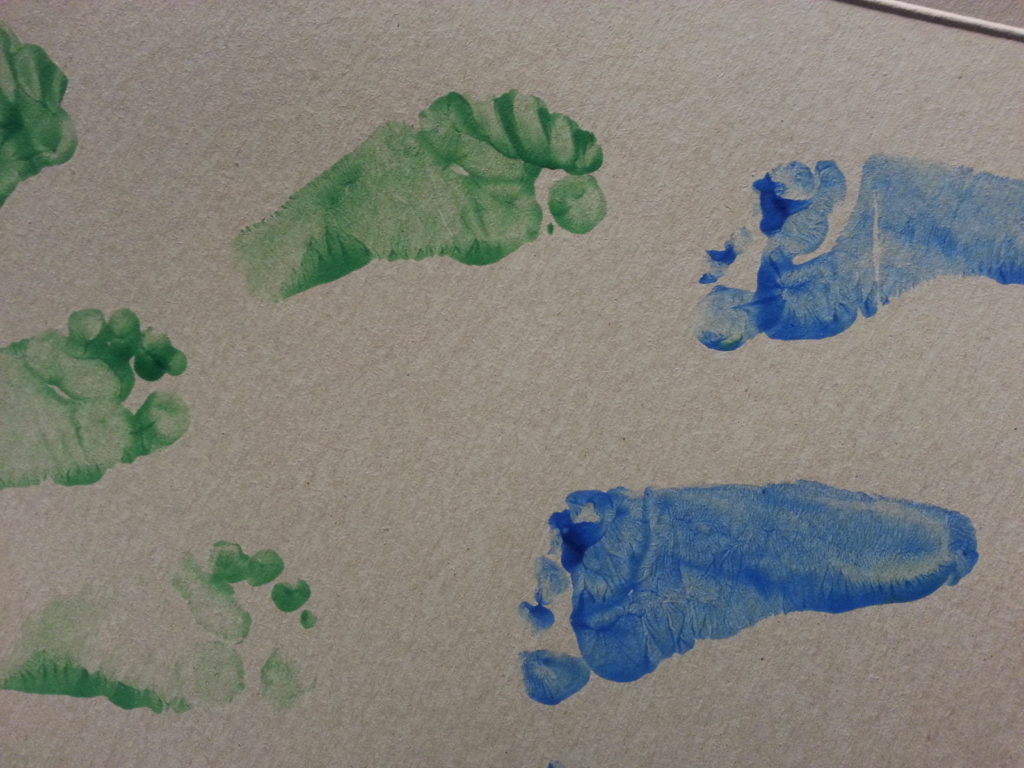 (Slather feet in paint, suspend awkwardly with one leg held out, quickly stamp foot down before the screaming gets going. Ta dah! Doesn’t really work with hands at two weeks as they just like making fists. Too much screaming.)

First view of a carpark 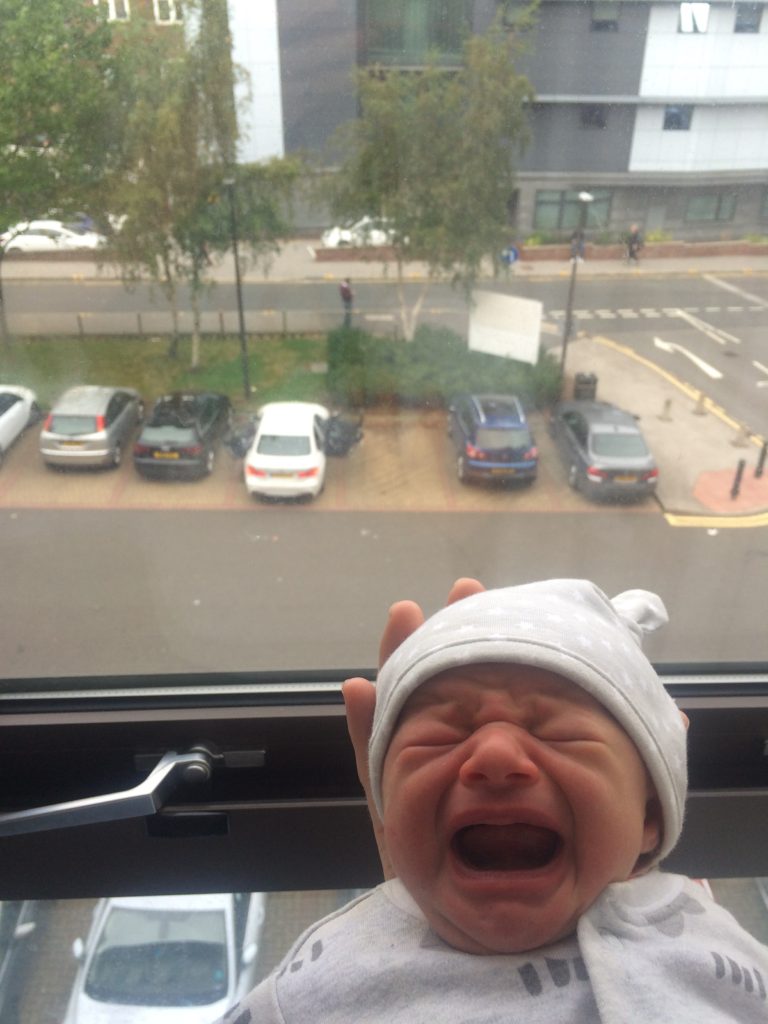 (She’s learning fast! They’re not a very attractive use of lots of the precious space in our cities, are they?)

She’ll probably keep doing new things for a while yet. It’s an interesting time. Part of us would like her to stay as tiny and squishy and gently twitching as she is now, as it is pretty magical. But we have to accept that it isn’t going to happen. And also we would really rather she gets to do more fun and fulfilling things than just fulfilling her nappy. Just not too soon.