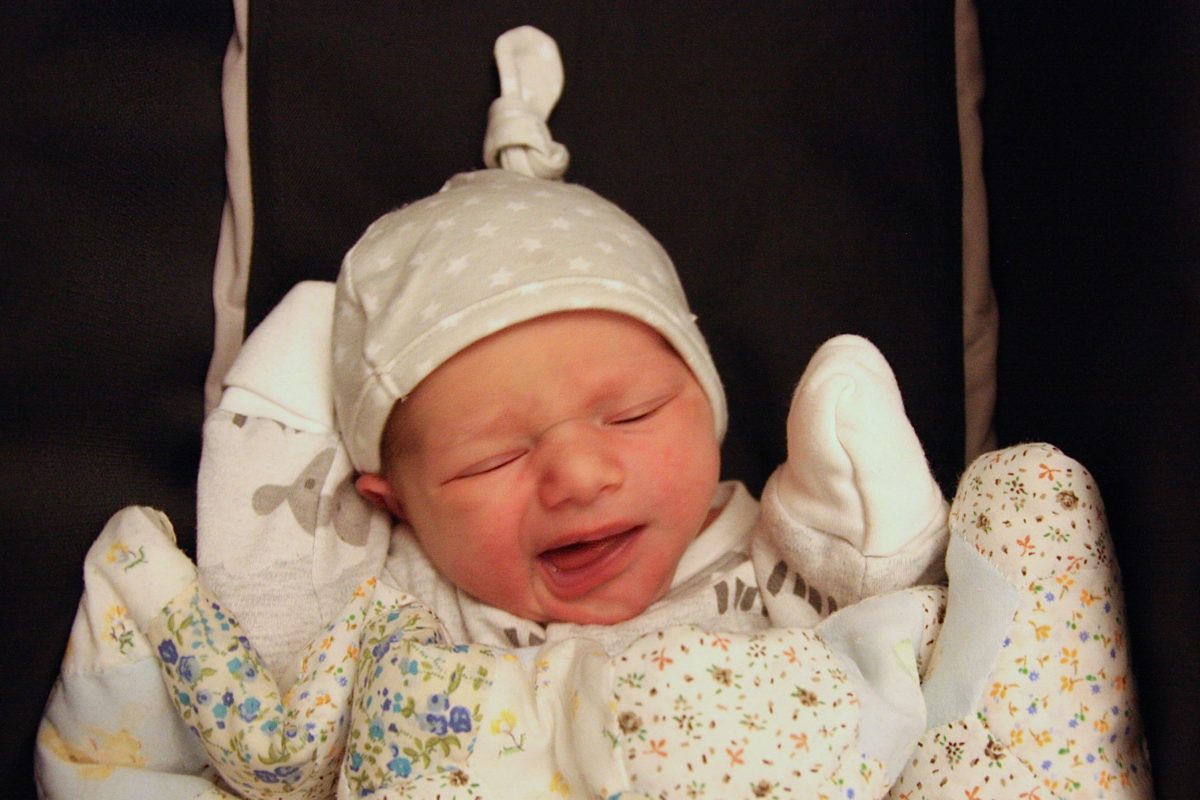 (Keeping asking, you may get closer to the truth.)

Because she’s pretty agitated. She is arching her back and her face (and the rest of her, really) is turning quite a rich, deep reddy-purple. The volume of noise is pretty disproportionate to the volume of her. She’s so tiny but the sound is not.

So in an effort to calm her down and let her (and Louise) get even a little bit of sleep between feeds, I’m taking her on a rather limited, hop-stepping, Christmas carol-themed tour of our house (hallway and stairs mainly, with occasional laps of the lounge).

A lot of things aren’t wrong. She’s got a dry nappy. She’s just finished some feeding, and that’s pretty well all she has done for a few days now. It’s warm and she’s just in a single layer and doesn’t seem too cold or too hot. She’s getting held, bounced, shushed and sung to, by someone she knows the smell of and can trust. What more can she want from life?

What is her user need?*

Well, after a couple of hours of this, without very much of an answer, I gave up and took her back to Louise (who hadn’t really got any sleep in the meantime) for more comfort feeding. That’s a bit of a hack as it usually solves the immediate symptom but may not get to the root cause.

So, it turned out, the user need was at least something to do with pent-up bowel movements.

* In my work designing government digital services we often ask “what is the user need?” and it’s become something of a mantra. But it works. It’s a great way to cut through our assumptions of what might a service might need to do, and to challenge everyone who’s finger is in the pie to focus not on what might be convenient for them, but on what the users (people, citizens, nappy-fillers) have to achieve.

It can be useful to try to peel back the layers of what we think a solution should be, and question again what the need is. It can feel like being a bit of a toddler.

Asking: but why do you do that? But why do they need that? Why? Why? Why?

But maybe, if the kingdom of heaven belongs to such as these little ones, then it’s an approach we ‘grown ups’ could use more of.

Though, sometimes, no amount of asking will get you there. The answer could just be a really good poo.

Now with about 200% more parenting experience (a week) I can say things have improved. The main trick that works is to use a sling – wrapping baby snuggly to my chest and then doing a bit of walking up and down stairs. Within seconds she’s gone.

Then I just have to keep standing and moving (which game is this? It’s the opposite of sleeping lions), and bobbing from foot to foot, and she’ll stay asleep for hours.

Maybe it is something to do with the feeling of being encased in the womb that they like? Whatever it is, it does the job beautifully.

It’s also a good reason for all information and services to be available on mobile phones. If you can only use something that you can do with one hand and carry with you, a smartphone lets you do all sorts while baby sleeps. I found myself reading the seminal 1994 Dept for Transport SACTRA report Trunk roads and the generation of traffic, but you don’t have to.